Maurits was six years old when he first played the drums. His father was a guitar player in various bands and Maurits was allowed to sit behind the drum kit during breaks. Having banged a snare and a ride for a year, he started taking lessons when he was seven. A great passion for drums soon blossomed. When he reached the age of twelve he continued his studies at a secondary school specializing in music and dance. Here he learned to play in big bands, rock bands and anything in between. After this secondary school, he was admitted to the Codarts Pop Academy in Rotterdam. He finished his studies in 2015 and he has been a fulltime session musician ever since. 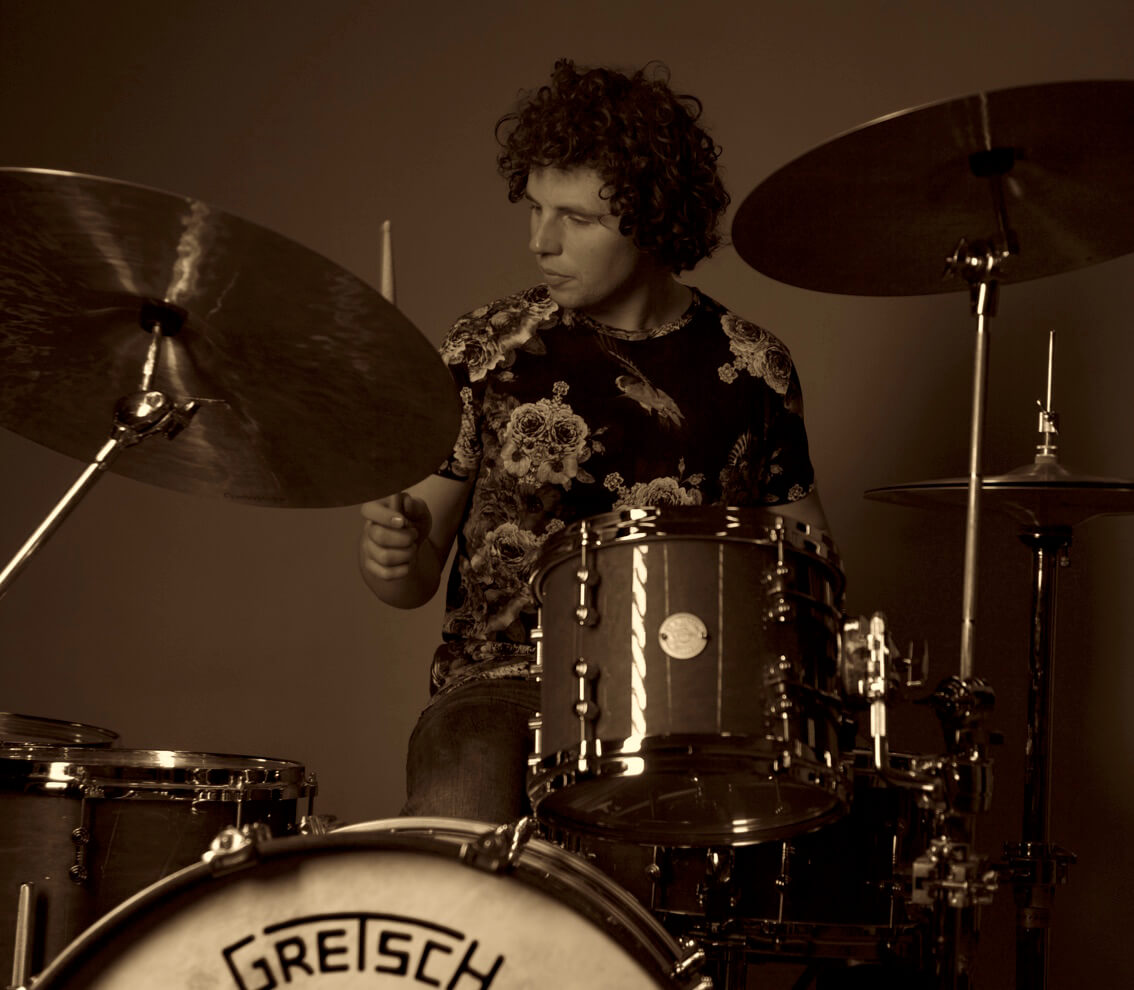